From big rooms to intimate spaces, here’s a selection of some of the country’s best live music spots.

With hundreds of incredible locations — including small clubs, big rooms and epic amphitheaters and arenas — it’s a formidable task to narrow down the best live music venues in the United States to just 10. Everyone has their own favorite based on past experiences, but the ones here are some of the most discussed and visited and memorable spots to hear bands perform, stretching from coast to coast.

Technically located in Upper Darby, just a stone’s throw from the 69th Street Terminal commuter hub, Philly’s Tower Theater stands as one of the city’s best-sounding auditoriums — and a must-play room on any band’s journey. Everyone from the Rolling Stones and Oasis to Tori Amos and Florida Georgia Line have graced its stage, with Bob Weir and Ratdog’s regular engagements becoming a part of the fabric of Tower history. With an ornate ceiling dotted with glow-in-the-dark stars, a concert at the theater becomes a full-sensory experience. And some of its most celebrated acts live on forever: both David Bowie and Thin Lizzy recorded concert albums on the Tower’s stage. 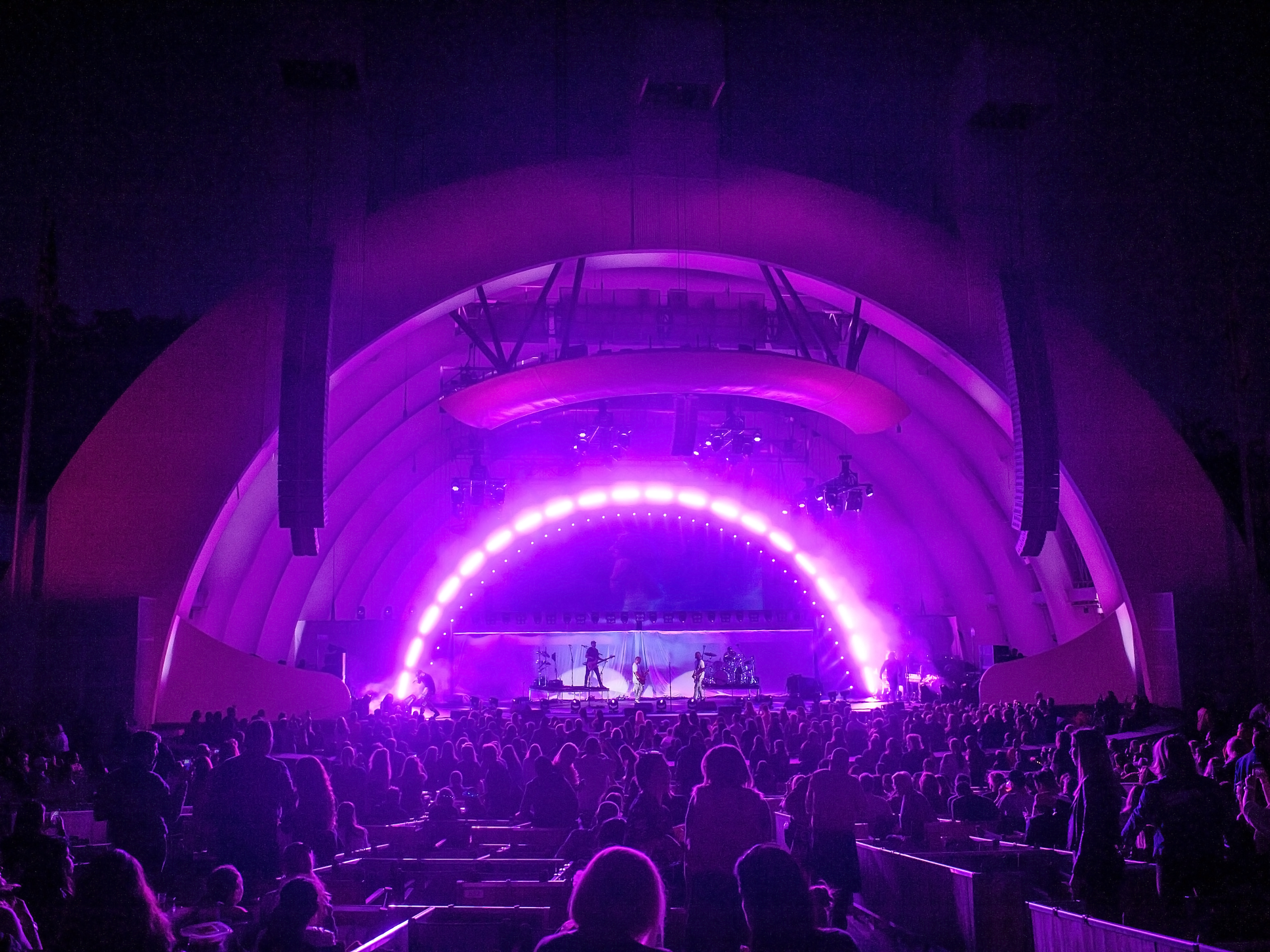 The country’s most famous band shell, the Hollywood Bowl has hosted concerts by everyone from Judy Garland and Louis Armstrong to Elton John and Black Sabbath. Since the 17,500-person capacity venue opened in 1922, artists have been making history there year after year: The Beatles played there in 1965 and 1965 and released the live album, The Beatles at the Hollywood Bowl, using recordings they made there; the Doors do the same in 1968; Monty Python staged their last full revue there in 1982; Kanye West chose the venue as the perfect place to play his 808s & Heartbreak album in its entirety in 2015; Tom Petty and the Heartbreakers played what would be their final shows together there in 2017 before his death. “It was the Hollywood Bowl,” Ringo Starr once said of the Beatles’ gigs there. “[This was an] impressive place to me. I fell in love with Hollywood then, and I’m still in love with Hollywood.” 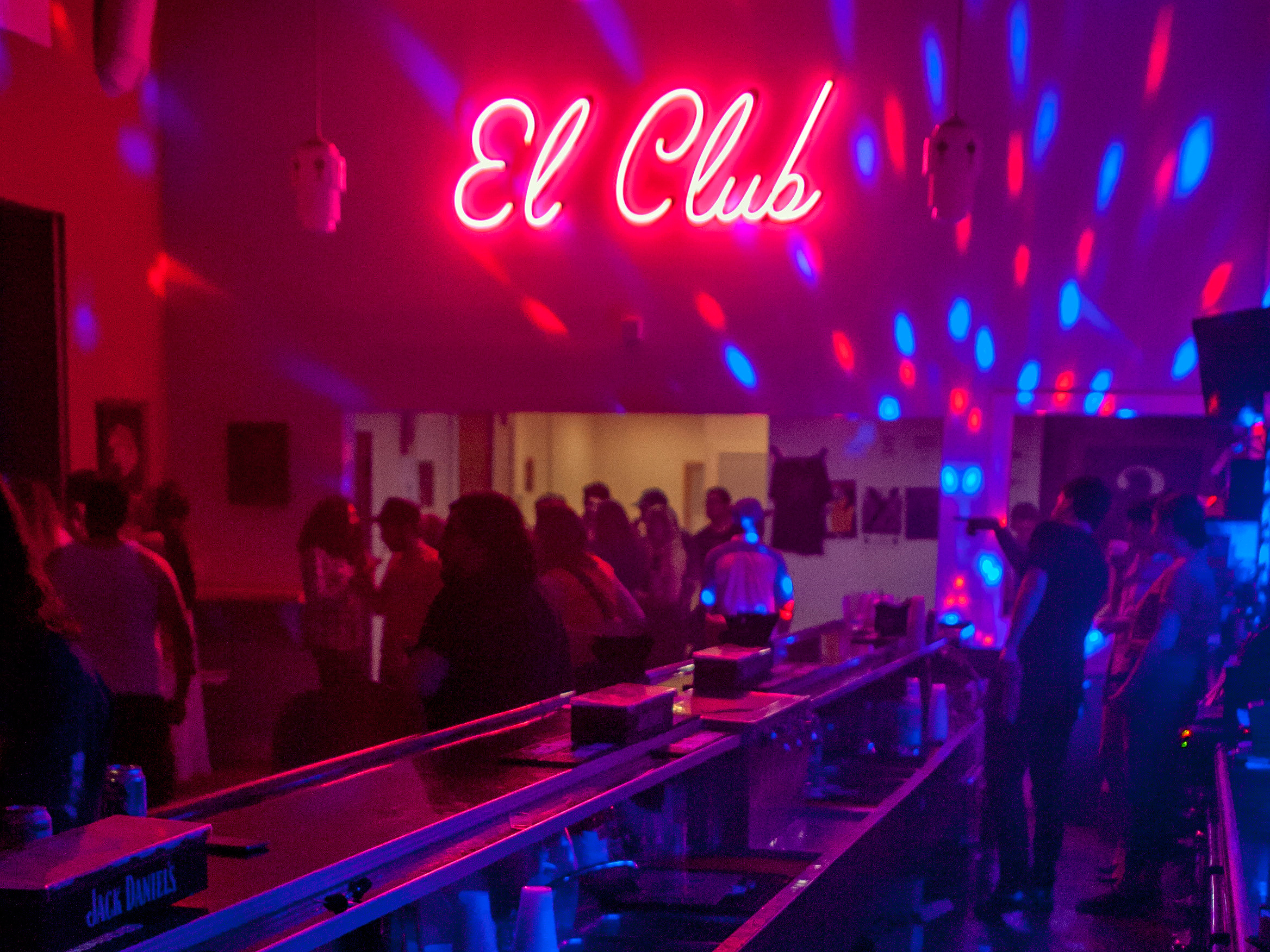 Detroit’s vibrant music scene welcomed El Club to their streets in 2016, and since then it has become a go-to spot for music lovers of all ages to congregate safely to enjoy a wide range of music. Since it’s opening, El Club has sought to introduce the city to artists not normally seen in the city, such as Chelsea Wolfe and Sunn O))), as well as hosting Detroit’s hip hop stars such as Danny Brown. The city was sometimes skipped over during U.S. tours in the past — when artists would frequently go from Chicago to Toronto — so El Club has bridged the gap, making Detroit a rising city for touring artists to be welcomed into. With features such as wood-oven pizza, a patio, lights and a state-of-the-art sound system, El Club is a new venue with the same old school aesthetics and values of accessibility that everyone can enjoy. 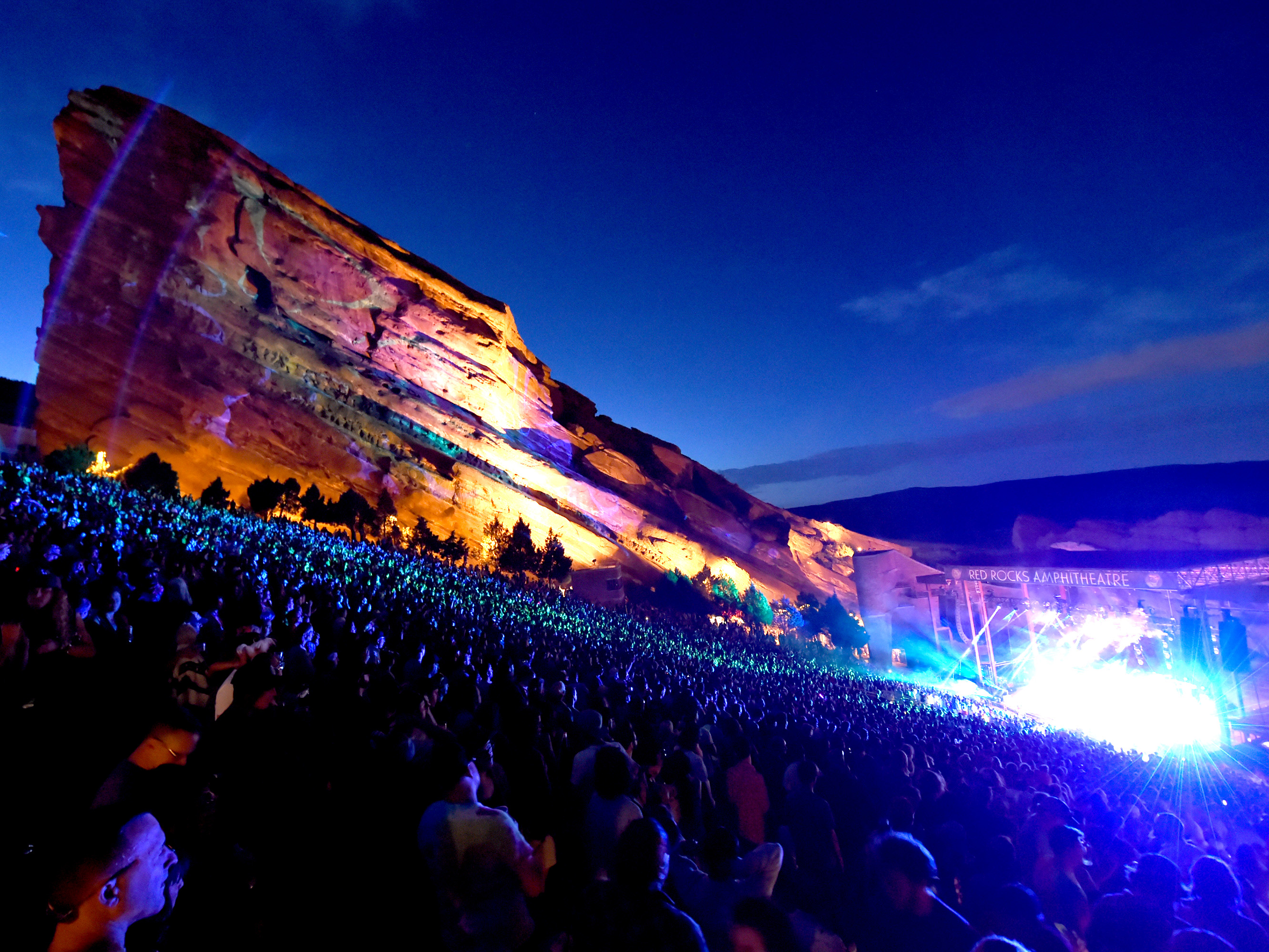 Red Rocks is the ultimate concert venue. The stage is situated between two ginormous sandstone boulders, making for top-notch acoustics, and it creates a jaw-droppingly beautiful backdrop. Artists want to give their all at the Denver-area venue, which seats close to 10,000, and fans give the energy right back. In its more than 100-year history, Red Rocks has hosted the Beatles, Jimi Hendrix, the Blues Brothers, Depeche Mode and many others. U2 filmed their landmark Under a Blood Red Sky concert film there, and Stevie Nicks, Dave Matthews Band, the Moody Blues and Neil Young all filmed DVDs there. U2’s the Edge remembered how their famous concert there almost didn’t happen, due to a thunderstorm, but he’s happy it did. “The torrential rain stopped a few minutes before we went out onstage, and we managed to do the show,” he said in an interview, “and it became a very important part of U2’s history.” Red Rocks is so special, in fact, that it won the Best Small Outdoor Venue award from industry magazine Pollstar so many times (11!) that the magazine just renamed the trophy the Red Rocks Award so that the venue could no longer be in the running — you can’t beat it. 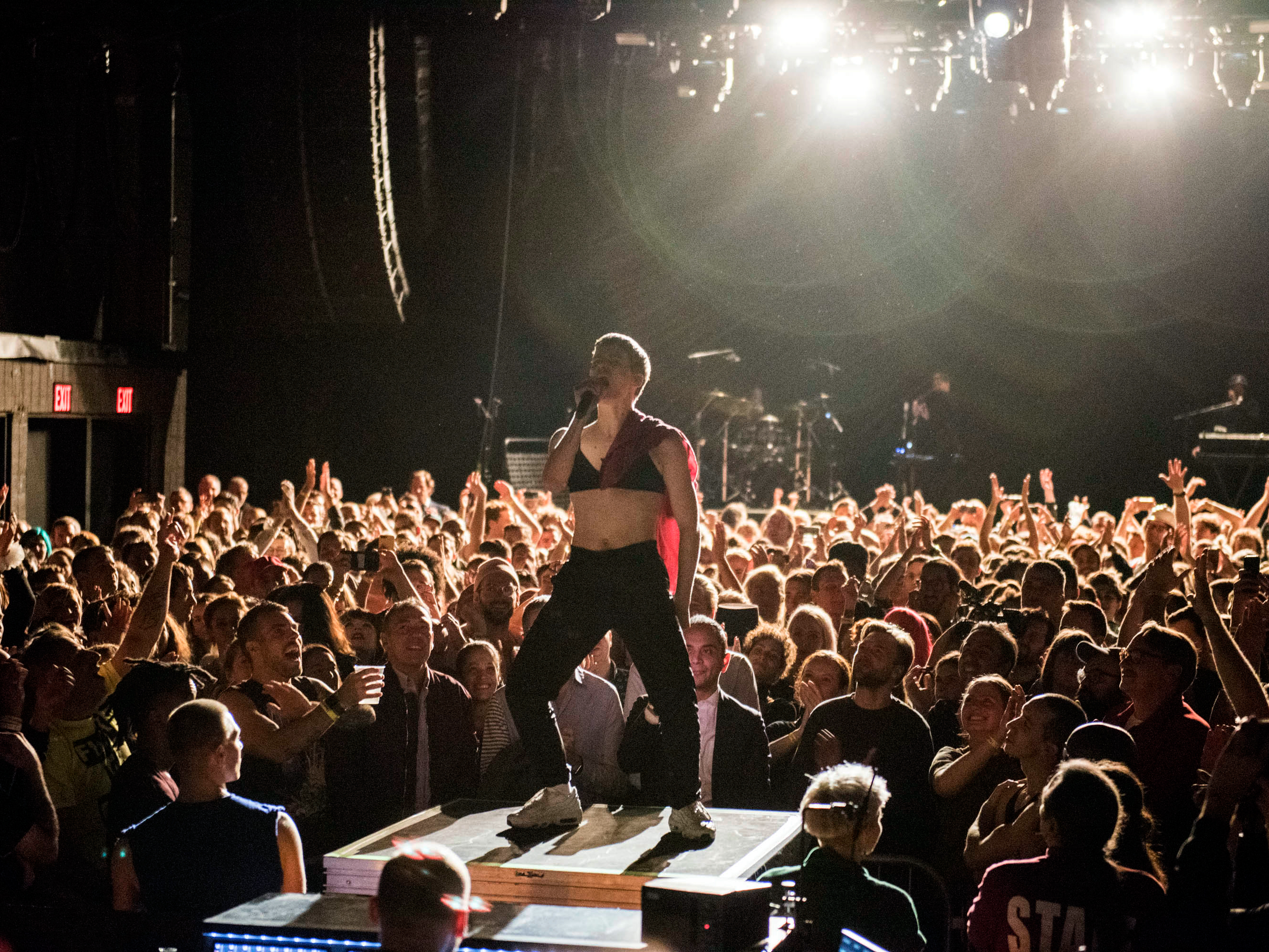 Brooklyn Steel’s massive exterior seems intimidating at first glance, staying true to its first life as a steel fabrication shop. Located in the Bushwick neighborhood of Brooklyn, the venue is becoming one of New York’s best sites for live music. LCD Soundsystem inaugurated the venue with five sold-out nights in 2017 and, since then, Brooklyn Steel has hosted the likes of the Pixies, PJ Harvey and, more recently, Mitski on her sold out Be the Cowboy tour. The venue’s designers took cues from the failures of the city’s similarly-sized mainstay Terminal 5, bringing this space great sight lines and an impressive speaker system that allows for a wide range of genres to shine as sound reverberates throughout the large brick building. It’s exactly what you’d expect with a warehouse-turned-live music venue, and it’s beautiful. 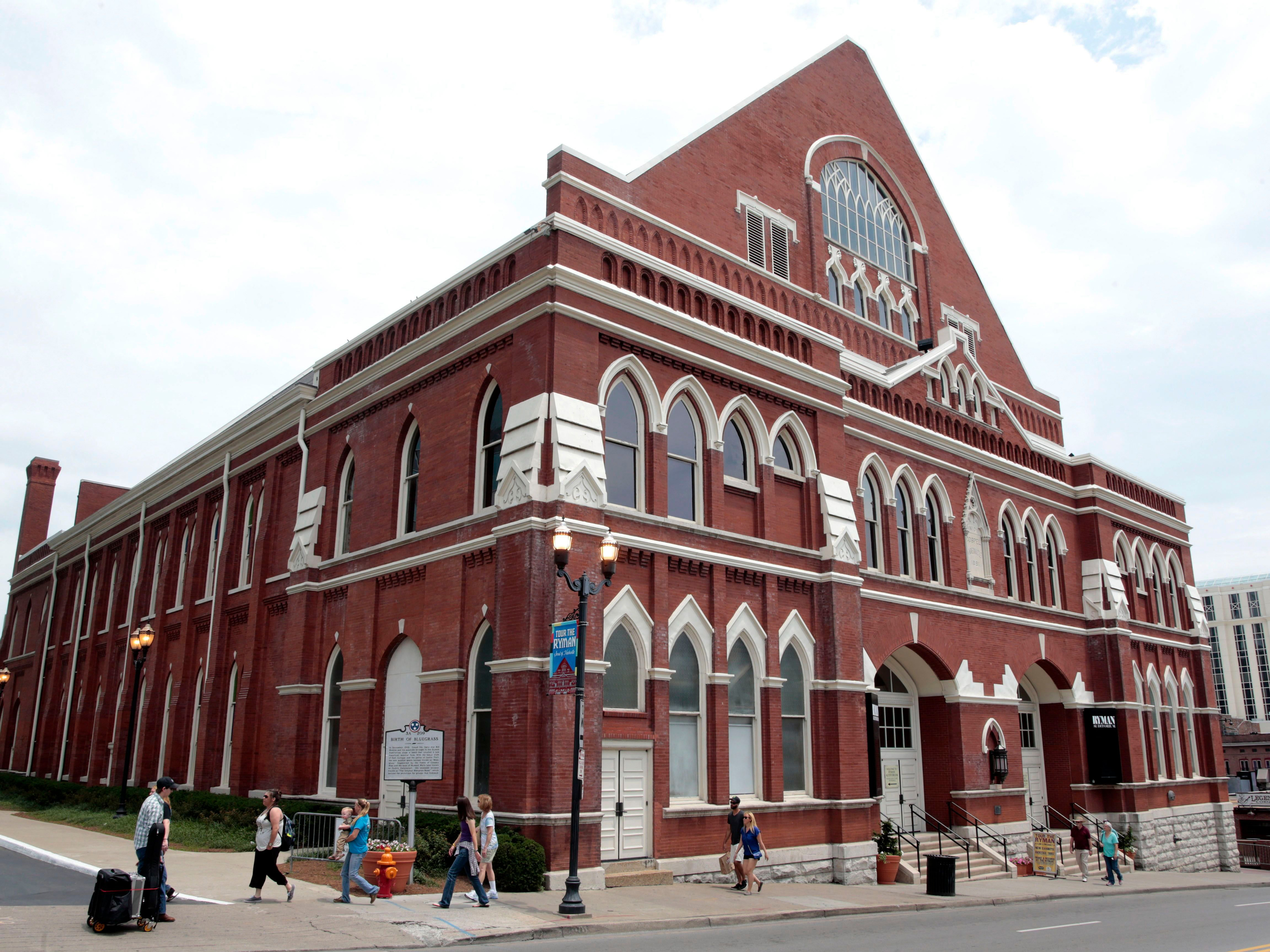 Known as the Mother Church of Country Music, the former home of the Grand Ole Opry (and a onetime actual place of worship) is Nashville’s most hallowed stage. Hank Williams raised a ruckus there, Johnny Cash hosted his TV variety show behind its footlights and Emmylou Harris recorded the stunning Live at the Ryman album on its stage, highlight the importance and history of the once endangered venue. These days, it stands as the winter home of the Grand Ole Opry and regularly hosts a diverse array of musicians, entertainers and productions. The Foo Fighters staged a memorably ghoulish Halloween show there in 2014, Margo Price cemented her status as a country queen with a string of sold-out headlining gigs last spring, and Jason Isbell has turned his annual residency into a Nashville tradition, even nodding to Harris’s 1991 concert album with his latest effort: a Live From the Ryman of his own. 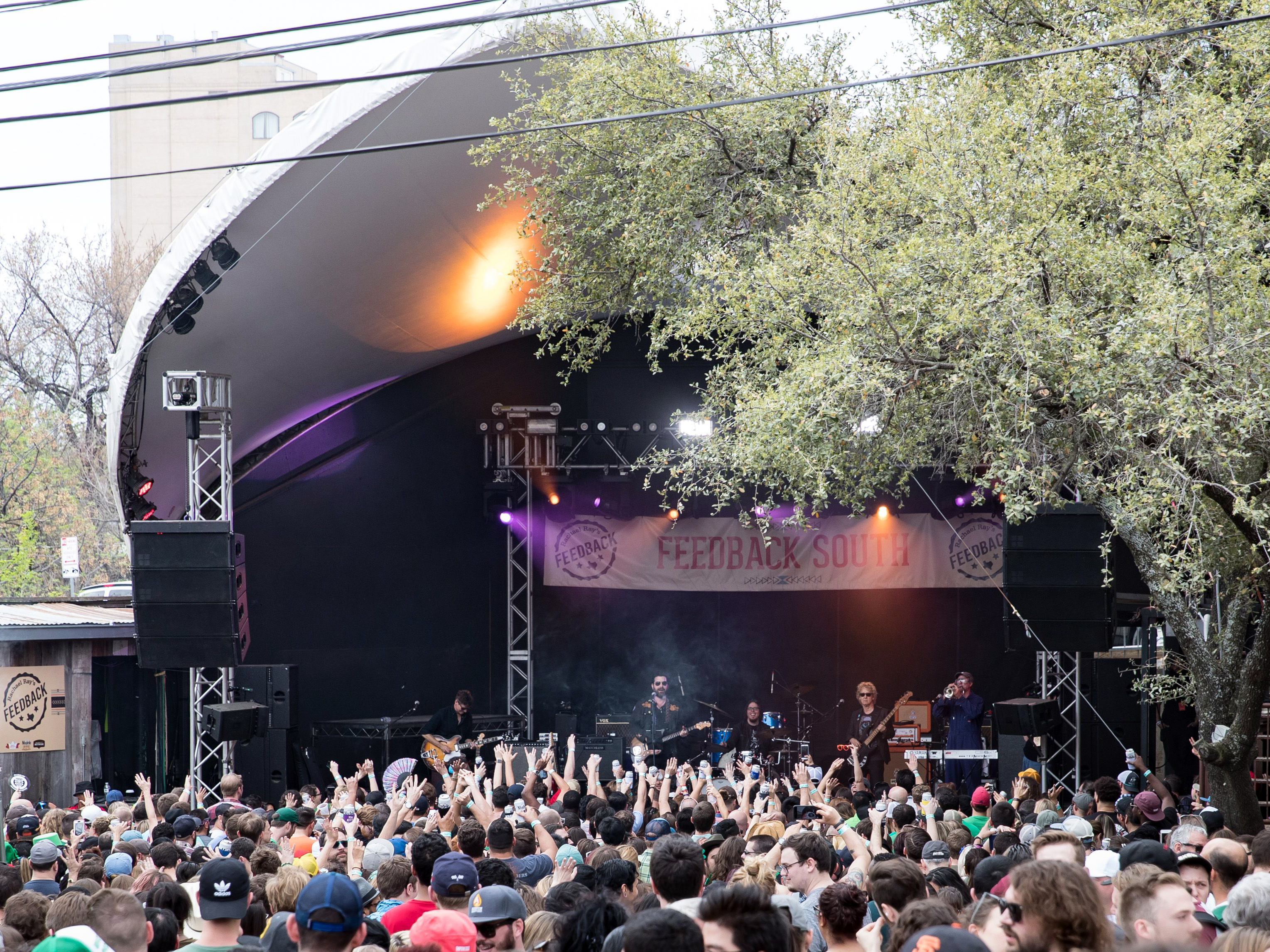 There are tons of great venues in Austin, whose tourism-board designation as “Music Capital of the World” only sounds like an exaggeration until you spend an evening on Sixth Street. But no trip to Texas’ capital is complete without a stop at Stubb’s, a solid barbecue joint on Red River Street with an excellent stage out back. The 2,200-capacity outdoor space is formally known as the Waller Creek Amphitheater, but it’s a laid-back kind of place, so you can feel like you’re hanging out in someone’s backyard as you crack open a local beer and enjoy a set by one of the world’s best bands. Some memorable SXSW performances here have made national headlines, like Metallica’s secret gig in 2009 — but you’re just as likely to see a great show at Stubb’s on any random night. 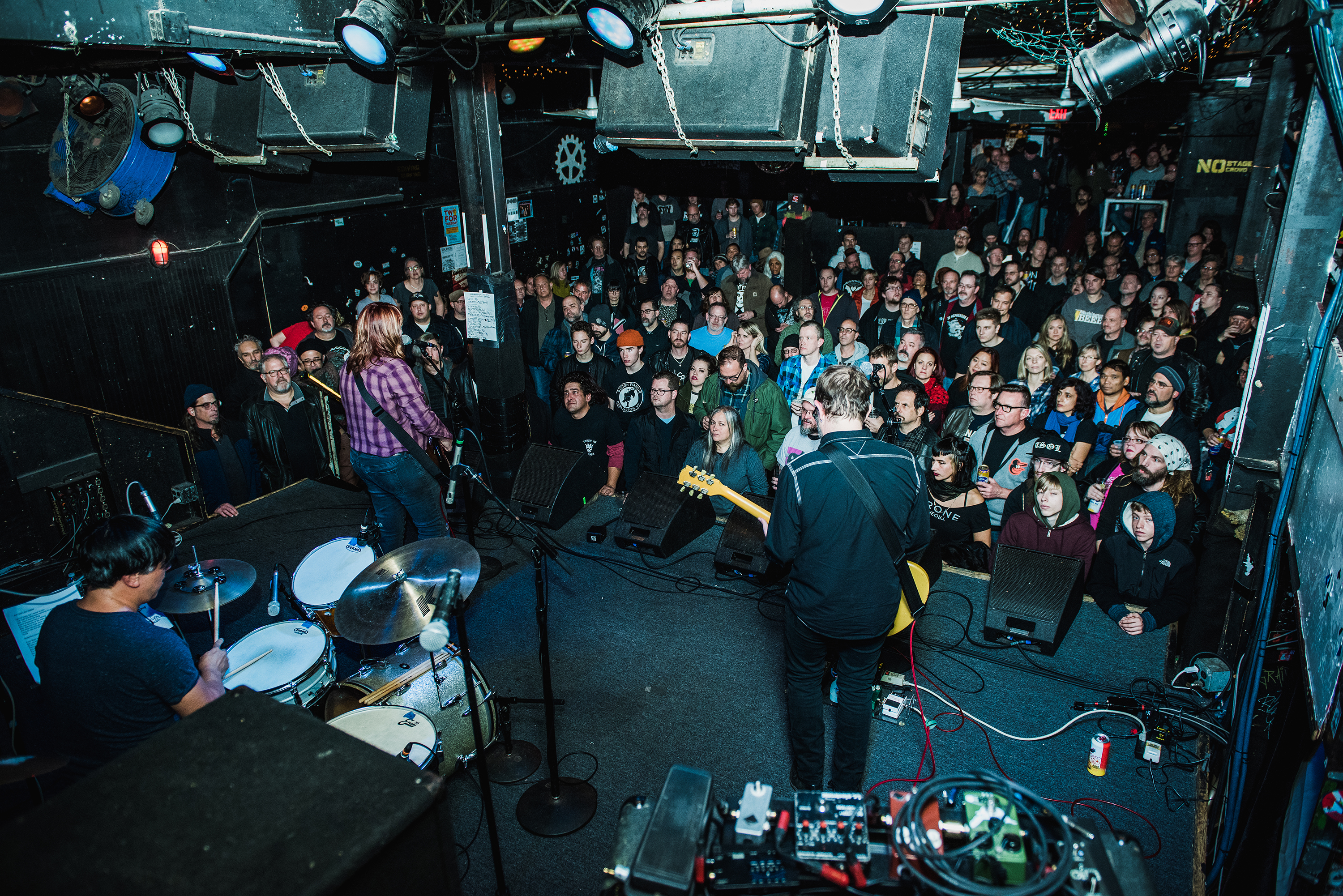 In the same way it would be hard to forget U2 playing a set in your living room, it’s hard to forget a night at Ottobar. For over 20 years, this dingy-yet-beloved rock club has hosted all kinds of bands — including improbably massive ones like the White Stripes and the Yeah Yeah Yeahs. Because its small stage is elevated, anywhere you stand feels like the front row. In more recent years, hometown heroes such as Future Islands, Animal Collective and Beach House have taken breaks from headlining theaters, arenas and festivals to blow the roof off of the place their careers started — and more often than not local legend John Waters is in the back, presiding over the party pit.

Ottobar opened in 1997, making it one of Baltimore’s longest-operating venues. It relocated in 2001 to a dubious block on North Howard Street that’s off-the-beaten-path but only a $5 cab from lots of areas of the sprawling city. Plus, free-and-plentiful parking beats any venue close to the Inner Harbor. For a prolific arts city that’s teeming with talent yet constantly recovering from DIY space crackdowns, transient student populations, and the like, Ottobar offers much more than consistent live music. It’s become an important community pillar, a home base and an undeniable hidden gem of the I-95 tour circuit. Plus, its official logo is a cat pawing a martini glass. What could top that?

This article was first published at https://www.rollingstone.com/music/music-lists/10-best-live-music-venues-in-america-767070/tower-theater-philadelphia-767255/